Marie Natalie Dessay happily tends to her regimental duties "Chacun le sait" Marie Natalie Dessay delights her "papas" with their favorite tune. There are several video recordings of her Olympia and one always notices the amount of fun she had as the robot. The proof of the pudding, however, lay in the reaction of the audience as they left the opera house.

His tone is slender but athletic. The rest of the cast couldn't quite match such a star turn, but they came closer than you might have expected. This marks the North American premiere of Pelly's take on the beloved comedic tale. While Dessay created a sensation earlier this season as the tragic title heroine in another Donizetti work, Lucia di Lammermoor, this marks her very first Fille with the Met. Alessandro Corbelli was in splendid form as Sergeant Sulpice, Ann Murray wonderful as the Marquise who turns out to be Marie's mother, and Dawn French delivering a suitably gusto-filled pantomime performance as the monstrous English aristocrat, with hideously mangled Franglais and a few notable alterations to the 19th century dialogue I don't suppose the original libretto refers to skimping on the chocolate fountains at the wedding feast, but the line brought the house down. A truly outstanding night at Covent Garden, the like of which we haven't seen in ages. There's masses of fun in the production: the story is so silly that the whole thing is unashamedly played for laughs, and the audience were suitably captured. It would be her warhorse for many years in houses like Lyon, Orange, Vienna and even the Metropolitan Opera. In other words, his B flat and our B flat are not the same. She also opened a new production of the work in Paris and also performed it at La Scala in and in Lausanne in

Later in her career, Dessay was scheduled to sing all three heroines but opted out of Olympia and Giulietta and instead took on Antonia. We first encounter her as a gamine tomboy in breeches and braces, letting fly volleys of coloratura, while she irons the regiment's shirts. 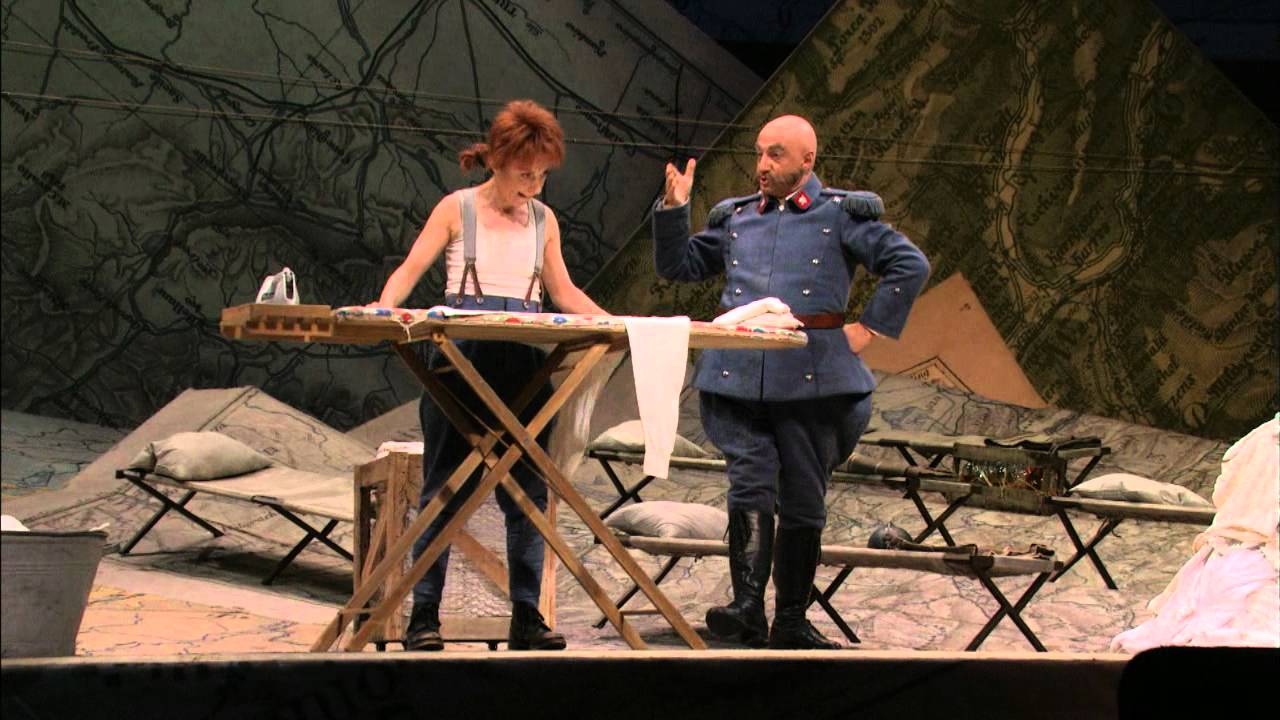 Another school favors a more Marxian Groucho, not Karl approach, in which the reasonable turns into the improbable, and the improbable into the outrageous. Both appeared in the Covent Garden mounting as well. Few would rate Donizetti's Francophile comedy of army life and aristocratic bad manners as one of the greatest of operas.

In other words, his B flat and our B flat are not the same. She also opened a new production of the work in Paris and also performed it at La Scala in and in Lausanne in I'm not sure quite what happened to conductor Bruno Campanella, but I can only hope that this was a one-off.

Yet and this is crucial to her success she fades instantly and easily from machine into something human: an extraordinarily busy kind of humanity, operating at jacked-up, silent-movie tempos. Felicity Palmer's Marquise de Berkenfeld is the operatic equivalent of Edith Evans's Lady Bracknell, while the all-important speaking role of the battleaxe Duchesse de Crackentorp goes to Dawn French, who, generously and wisely, refuses to hog the limelight.

Her performance in this particular staging - noted for sharp comedic skills to accompany her pristinely stratospheric vocals - earned her a Laurence Olivier Award for Outstanding Achievement in Opera during the Covent Garden run.

She and Pelly, however, get the work's momentary plunges into darkness exactly right; forced from the army into the posh world of the Marquise de Berkenfeld, her outbursts of resentment and hysteria are as painful as they are funny.